Why Oat Milk Is The Best

Unsweetened almond milk has been our number one choice since I stopped getting dairy milk almost two years ago. Too much soy makes my skin break out. Almond milk is a cheap option, as I always get coupons for it. And it has a neutral flavor that can be used in a bunch of difference recipes. Not to mention, chocolate almond milk is god-sent.

But what I didn’t know was that almond milk has a large impact on the environment. While trying to cut down on carbon footprint, I was also increasing my water intake… but not because I was showering too long or leaving the sink running brushing my teeth. Almond milk uses a relatively higher amount of water… to make milk, but also to grow the actual almonds. 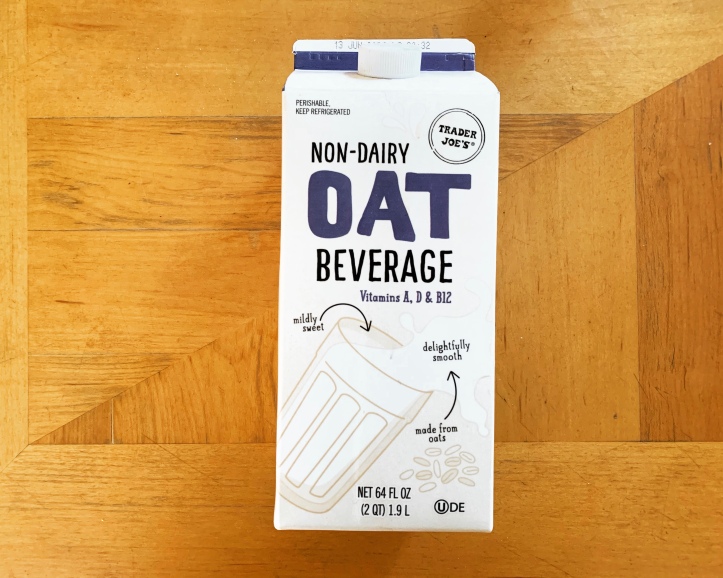 But instead of ragging on almond milk, I want to share all the reasons why I love oat milk, and why it’s been the new staple in my fridge.

While the greenhouse emissions vary from company to company, a couple things are certain across the board. Oat milk uses far less water and a land. While ONE ALMOND can use up to 14.5 liters of water, ONE LITER of oat milk only needs 48 liters (compared to 297 for soy milk and 1080 for dairy milk).

As far as land, all sources I found noted that oats need 80% less land than dairy milk.

Strictly comparing the feel of almond milk vs oat milk, I have found that oat milk has been better for cooking because it’s not as thin and watery as almond milk. Even if you have just had oatmeal before, you know that oats create bring a little thickness to water.

The reason that we loved almond milk is that it’s sweet enough to be used in tea, coffee, shakes and cereal, but also not too sweet so that we can use it for soups and pastas. Oat milk still has a similar sweetness level. While it doesn’t have as much of a nutty profile, it’s still my number one pick. 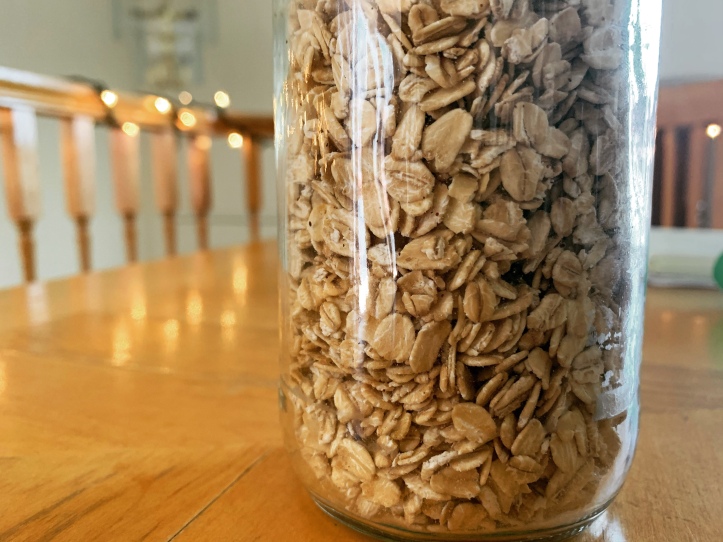 One of my goals has been to try making my own non-dairy milk. While I wanted to try and buy bulk almonds (to reduce waste), I realized that almonds themselves were the problem. While it would help reduce carton waste, the excessive amount of water and land problem still arises. But now my goal is to try my own oat milk. Instead of going through the hassle of soaking almonds for long periods of time, and having a cheesecloth, oat milk requires only a few fast steps. (stay tuned for my attempt soon).

Two recently graduated students trying to find our knack for life in between college and adult life. Follow our adventures using  #nacforadventure,  @a.j.cutler or @carnazzz

Half of the reason I like camping is because I love to make food and eat outside. Anyone else?
Before, after, and little bit in between….. and a reminder that my biggest motivation was imagining myself biking the switchbacks (swipe!) Thanks for an epic send off, @cirqueseries!!
Checking off season goals >>>> scroll for some sick clips and scroll to the end for a surprise 🎥: @carnazzz and @marcuscatlett
So many women have played a part in monumental moments in my outdoor sports life, and I hope they know how much they’ve helped me.
Heard helmet hair was in 📷: @carnazzz
✨Really put the mud fender to the test yesterday ✨
Loading Comments...
%d bloggers like this: