What happens when you want hobo dinners, but also want to get rid of leftover veggies in your fridge and also want a vegan dinner out camping? And also a side of protein?

Recently, we started eating more plant-based meals. Not only did we want to steer away from meat, but also wanted to keep to whole foods, rather than something from a box. Because we were only going camping for one night, it was easy to pack in some fresh stuff.

What the best thing about recipes like this is that you can stick to them as much as want, or not stick to them. I personally started with:

The first zucchini from our garden

One beet left from our “beet”zza

That morning I grabbed:

As you can see, we had many veggies so I also pulled some:

Uncooked lentils from our pantry

Before heading out, I did some prep to minimize the amount of work that would have to be done at the campsite. I sliced and diced the veggies while adding the following seasonings to let marinate on the drive/hike:

Lots of Thyme (yes that was a pun)

When we got to the campsite, Nic starting putting up the tent while I started cooking. We have a little Primus camp stove that uses a small butane/propane cartridge. it was super easy, but also the pan is very small, so out veggies were served in a couple different courses.

The first course was the veggies:

They were easily steamed in 5 minutes. I transferred it to a bowl before starting on steaming the potatoes, then finished off the three course meal with lentil protein.

Cheers to the beautiful outdoors, as well as a yummy fresh dinner! 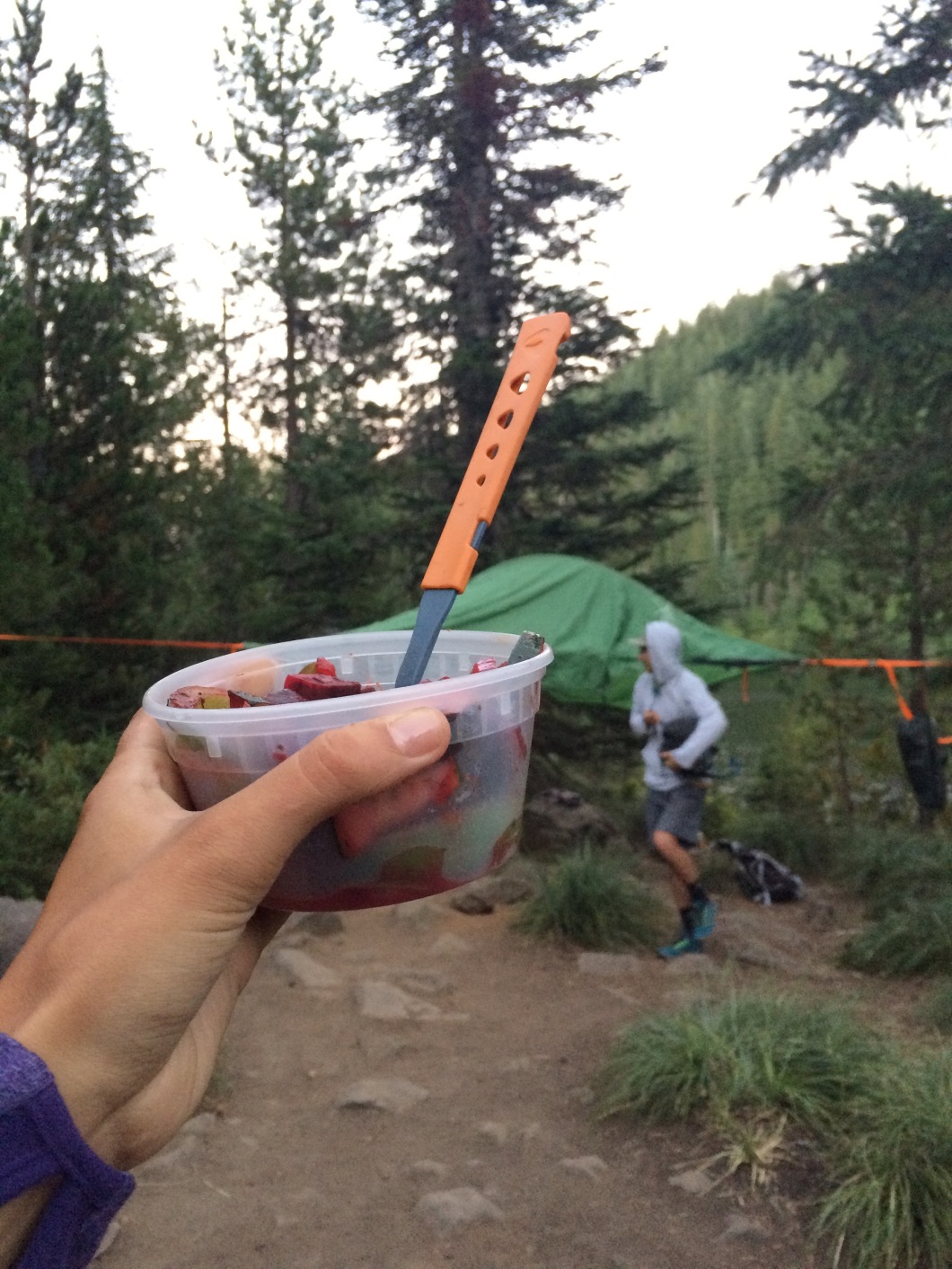